How do birds navigate? 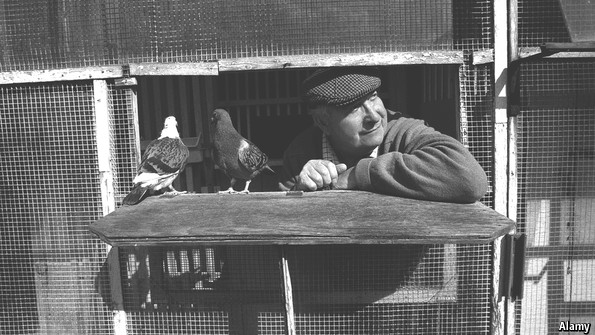 FOR decades scientists have known that birds’ ability to navigate with great accuracy over long distances, in some cases migrating from one side of the world to the other, relies on a magnetic sense that humans lack. Experiments with homing pigeons performed in the early 1970s found that attaching a magnet disrupted their ability to orientate themselves. Since then, research has intensified into the precise mechanism of birds’ magnetic sense. So how does it work?

Scientists have focused their attention in three areas: the beak, the inner ear and the eyes. Birds’ beaks contain tiny grains of magnetite, a form of iron oxide which is easily magnetised, and is known to be involved in magnetic sensing in bacteria. But when David Keays of the Institute of Molecular Pathology in Vienna examined the beaks of 200 pigeons, the results were surprising. He found that the magnetite grains were mostly located in macrophages, which are sort of biological garbage collectors that wander around the body, rather than in specialised sense cells. This strengthened the case that birds’ magnetic sense resides not in their beaks, but in their inner ears. Dr Keays and his colleagues changed tack, and earlier this year they reported that they had found tiny concentrations of iron in the neurons of a pigeon’s inner ear.

Case closed? Not quite. The latest research, published in June, suggests the beak does have a role to play after all. Researchers led by Henrik Mouritsen of the University of Oldenburg in Germany found that cutting the trigeminal nerve, which links the beak to the brain, affected the ability of Eurasian reed warblers to navigate properly. Intriguingly, the birds could still determine the direction of north accurately, but lost their ability to determine their position. One possibility is that the beak detects the angle that the Earth’s magnetic field makes with the ground, which varies with latitude and may be used by birds as part of their mapping sense. To further complicate matters, however, there is also evidence that magnetic sensing relies on chemical reactions in birds’ eyes. It seems to involve a region the brain called cluster N, which is connected to the eyes, because if cluster N is destroyed, the birds lose their ability to sense which way is north. Cluster N is also more active when birds are using their magnetic sense. The mechanism involved is unclear, not least because birds’ eyes do not contain magnetite. But one theory, advanced by Klaus Schulten of the University of Illinois and Urbana-Champaign, is that it involves a retinal protein that is split into two magnetically sensitive molecules when exposed to light. A spooky process called quantum entanglement then allows pairs of molecules to co-operate, even when separated, to detect variations in the magnetic field. This might allow birds to see patterns of spots that remain stationary as they turn their heads, to indicate magnetic direction.

Exactly how birds sense magnetic fields to create a natural version of the global-positioning system is still not fully understood, in short. It is possible that all three of these mechanisms are at work. But having made rapid progress in the field in recent years, scientists do finally seem to be homing in on the answer.