11 wildlife experiences that could vanish in your lifetime

By Sarah Reid, for CNN

(CNN) — Earth is in the grip of the “sixth great extinction crisis,” say some scientists, with up to 2,000 species dying out each year.

These 11 great wildlife experiences could disappear within your lifetime.

Ancient rock art images of animals moving across the African savannah indicate that humans have been marveling at animal migrations for more than 20,000 years.

But poaching, agriculture, war and deforestation are encroaching on wildlife corridors around the world, placing these animal movements — from Africa’s wildebeest migration to the annual pilgrimage of North American bison — under threat. 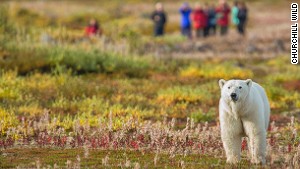 Polar bear numbers could shrink by two-thirds by mid-century.

While hunting is still allowed by some Arctic-dwelling native communities, it’s climate change that poses the largest threat to polar bears.

Latest data from the International Union for the Conservation of Nature (IUCN) shows that eight of the 19 sub-populations of polar bear that roam the Arctic are in decline.

Scientists project that two-thirds of all polar bears could disappear by 2050.

Due to its southern exposure, Canada’s Hudson Bay is one of the bear habitats most threatened by climate change — increasing temperatures are forcing bears off the ice earlier each year.

3. Counting the stripes on a tiger

Tigers once roamed freely across Asia.

Today the world’s most endangered big cats have disappeared from 90% of their historic range.

Just six of nine known tiger species are thought to remain, with an estimated 3,200 animals left in the wild.

While it’s extremely rare to spot the elusive beasts in their natural habitat (the South China tiger, for example, hasn’t been seen since the early 1970s), protected reserves in India and Nepal provide the best opportunities.

Once a royal hunting reserve, Chitwan is home to elephant, rhino, crocodile, monkeys, deer and about 100 Bengal tigers. 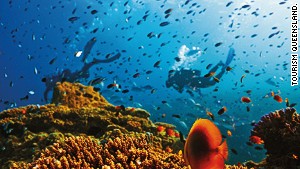 Tracts of the world’s largest reef system are in danger.

The Great Barrier Reef, the world’s largest reef system, is in peril.

Temperature fluctuations are primarily to blame for the disappearance of half its coral since 1985 and the Australian Institute of Marine Science predicts that less than a quarter could be left within a decade.

Following plans by the Australian government to industrialize parts of the reef, the World Heritage Committee passed a recommendation to consider listing the UNESCO site as “in danger” at a meeting in June 2014.

Endemic to the forests of central Africa, both species of the world’s largest primate have been decreasing in numbers for decades largely due to poaching and disease.

Worryingly, a 2010 United Nations report suggested that these gentle giants of the forest might disappear from large parts of the Congo Basin, one of their primary habitats, by the mid-2020s.

6. Seeing the creatures of Galápagos as Darwin saw them

Remaining virtually undiscovered for centuries did much to preserve the living showcase of evolution described by Charles Darwin in “The Origin of Species.”

The last remaining Pinta Island tortoise, fondly known as Lonesome George, died in 2012, adding to the list of several other species that have died out since Darwin’s 1835 visit. 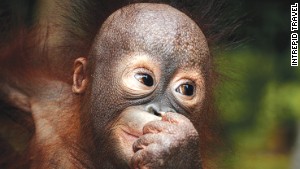 Illegal pet trade is one of orangutans’ biggest threats.

Sharing 98% of our DNA, orangutans are one of the closest relatives to man, though if predictions are accurate, Asia’s only two great ape species could be extinct in the wild within the next decade.

Conservation groups such as Borneo Orangutan Survival have bolstered numbers through rehabilitation and release programs, but the illegal pet trade, trafficking and habitat destruction still present the greatest threats to the survival of orangutans on the only two islands they inhabit: Borneo and Sumatra.

Scientists have been debating for decades why — not to mention how — sea turtles return to the same beach every year to lay their eggs.

But the phenomenon may soon be a thing of legend thanks to the ravages of intense egg collection, fisheries bycatch and light pollution, which have forced species such as the leatherback, hawksbill and green turtles onto endangered lists. 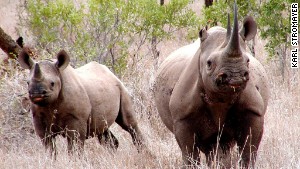 European game hunters and the illegal wildlife trade may soon reduce Africa’s most prestigious group of game animals from the legendary Big Five to four.

Poaching has increased dramatically during the past few years, with 800 rhinos killed illegally in South Africa in 2013 alone.

Nicknamed “dominos” for their distinctive markings, the world’s largest fish are among the most placid of the shark species.

Unfortunately, demand for whale shark meat, fins and oil, on top of unregulated tourism, remains an enormous threat to this vulnerable species.

11. Be awed by a giant panda in the wild

They’re China’s natural treasure, but threats from humans have left just 1,600 giant pandas in the wild.

High in the mountains of western China, the rarest member of the bear family plays a critical role in facilitating the growth and vegetation of the bamboo forests these placid beasts inhabit.