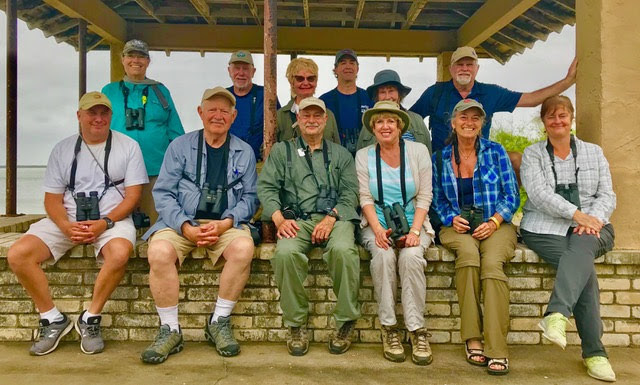 Flying into McAllen, Texas in early March, eleven friends of Palomar Audubon had high expectations for life birds. After meeting Mary Gustafson, our guide, we were off for some evening birding in McAllen. Our first target was the Green Parakeet, a Mexican specie that is probably native to the area. We were navigating heavy rush hour traffic, but none the less soon heard the chucking of large numbers of Great Tail Grackles. We arrived at a large shopping center where the Grackles were on the pavement, cars and power lines. Mary was quick to point out that some of the birds on power lines were clumped together in small numbers unlike the Grackles. Sure enough, they were the Green Parakeets. There were hundreds of them along with one White-winged Parakeet. All these birds in a busy metropolitan area was an amazing sight. 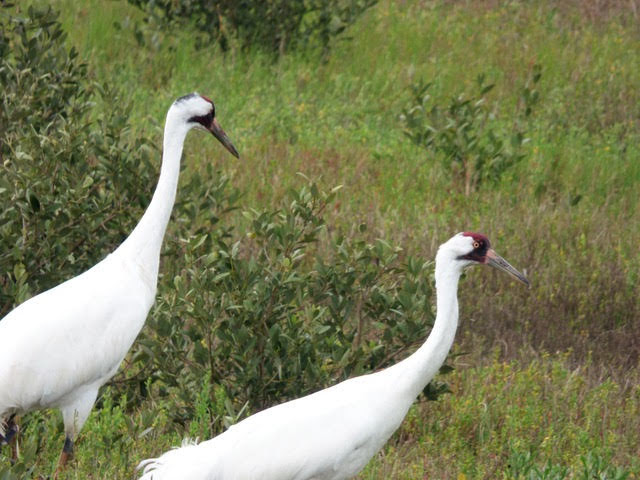 We started our second day at the extensive gardens of a historic McAllen mansion . Our target was a rare Mexican specie, the Crimson-collared Grosbeak. We took up positions at a large feeding station with fruit, grain and suet and prepared to wait for a reputed very shy bird. In the meantime we were entertained by Plain Chachalacas, Green Jays and Great Kiskadees. Finally Mary whispered the presence of the Grosbeak in heavy brush. Our patience paid off when it made a couple of brief appearances. A little guy for a Grosbeak. 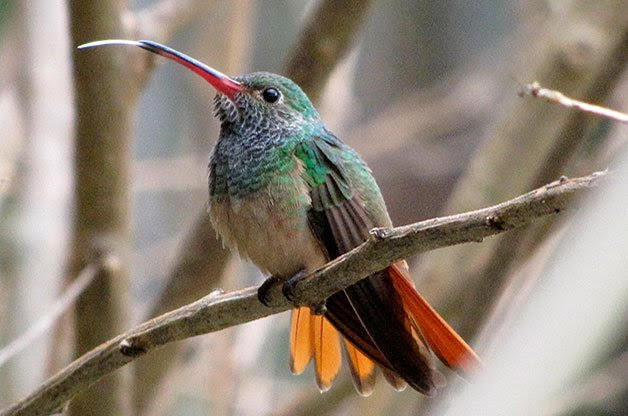 Our next stop was Estero Llano State Park, a few miles from McAllen. A key bird was the Common Paraque, a night jar which blends in incredibly well with its environment and shows no sign of movement during the day. Because of the stake out, we were all able to see it and photograph it. At a bird feeder we were treated to a dust bath by a Curve-billed Thrasher and got good looks at the Olive Sparrow and the Black-plumed Titmouse. 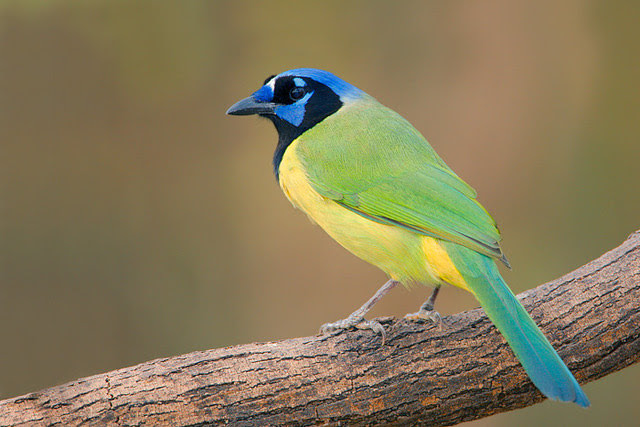 We then stopped at a local birder’s home that was situated on a bayou with a great view of the border wall. Nice chat with Dan (the owner) who told us he had a home list of over 200 species. Black-bellied Whistling Ducks and Neotropic Cormorants were in abundance and down the road we saw a Fulvous Whistling Duck. 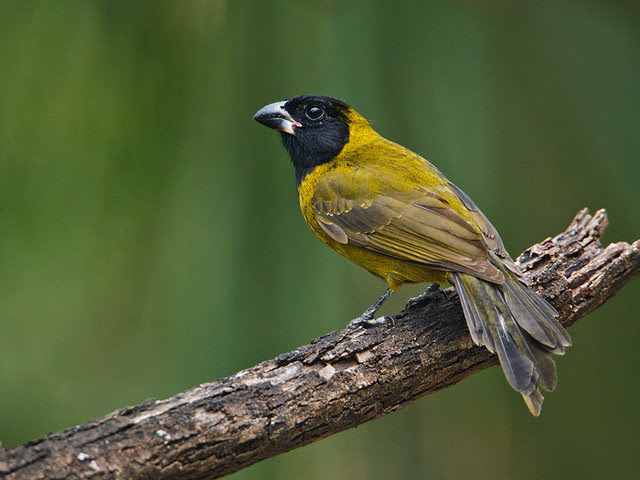 Then we were on to a Monk Parakeet colony with nests around transformers and power lines. They were a noisy bunch with immature as well as mature birds. The local power company appeared very tolerant of the large nests on their transformers.

The last stop of the day was the Bentsen Rio Grande Valley State Park. Some of you may remember Senator Lloyd Bentsen. The land for this park was donated by his father who owned considerable real estate in the area. Our birding here was limited to one hour as we were approaching closing time. However, the park suddenly opened up with all kinds of birds. I missed a bunch of warblers but was gratified to get good pictures of Long-billed Thrashers and a lifer, the Altamira Oriole. The range of the latter in the U.S. is limited to a narrow range in Southern Texas.

We drove toward the coast on our third day. We stopped at a viewing sight for Aplomado Falcons, but none spotted this time. We were serenaded by Eastern Meadowlarks and compared their song to their West coast cousins. Back on the road we spotted a Harris Hawk and Crested Caracara. Finally made it to the Visitor’s Center at the Laguna Atascosa NWR. This was a vast reserve with paved trails and feeding stations, but not much in the way of birding on this day. A highlight for many of us was lunch at Joe’s Oyster Bar, a family restaurant business that also catches the fish. You don’t want to miss it if you are in the area.

On our fourth day we were off to the Santa Ana NWR which is close to the border. The big news here was a perceived threat to build a wall along a levee that cuts right through the Refuge. IF this happens, much of the Refuge will be cut off to public access. Fortunately, we were able to bird past the levee. A targeted bird, the Northern Beardless Tyrannulet was heard but not seen. We all got good looks at the Least Grebe and a special treat was a good look at a Tropical Parula and his orange chest.

Our last day was devoted to the Aransas NWR and the Whooping Crane. It was a long drive as well as a boat trip to reach the Reserve. We were rewarded with great sightings of the adult Cranes and their offspring doing well on several isolated islands. At one time the population was as low as 15 in the wild. Through intelligent management of genetic diversity, the population has now swelled to several hundred healthy Cranes.

After returning to land we did a detour through Port Aransas and experienced an unexpected surprise, Two Aplomado Falcons were perched on a stand created just for them, another environmental success! These Falcons were extirpated from the U.S. in the early 20th century, in part due to egg hunters, but have been brought back in recent decades and now number fifty pairs in the U.S.

This was the end of our birding. We all felt great about Mary’s leadership and thankful to Dianne and Hal Benham for organizing the trip. Hopefully, a future trip to this area can include a larger number of PAS birders. Personally, I would not hesitate to do the trip again.