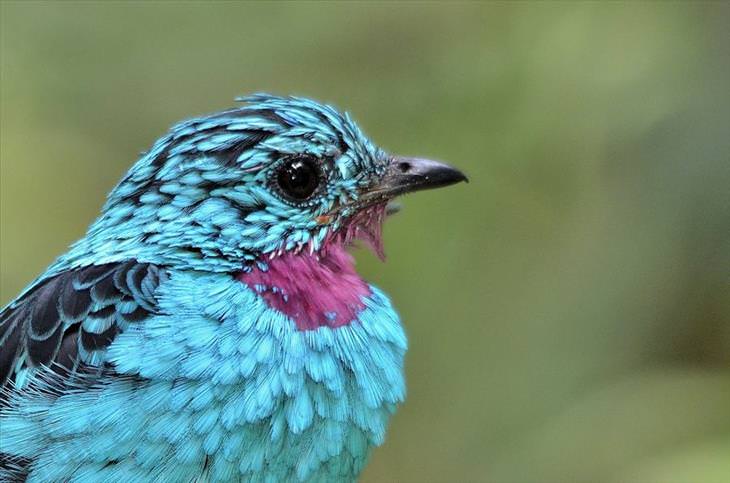 These little-known and colorful birds can be found in the canopy of the Amazon Rainforests in South America.
(Photo by: Chow Yew Wah)
Lovebirds 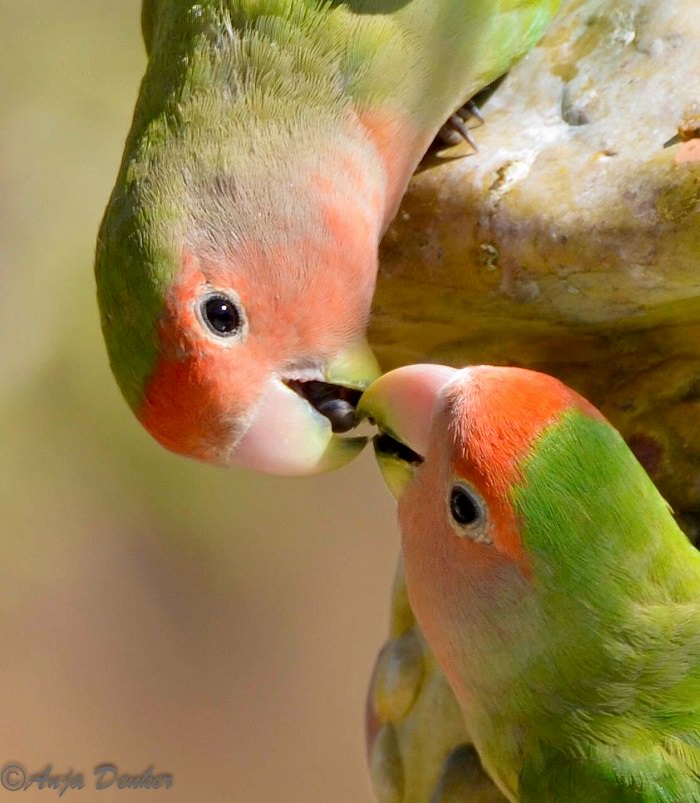 The rosy-faced lovebirds are found in arid regions in South West Africa (for example, the Namib Desert). They mostly live on grass seeds and nest in cavities made by other species of birds. In addition, arid Arizona is home to quite a large feral population.
(Photo by: Anja Denker)
Orange-breasted Sunbirds 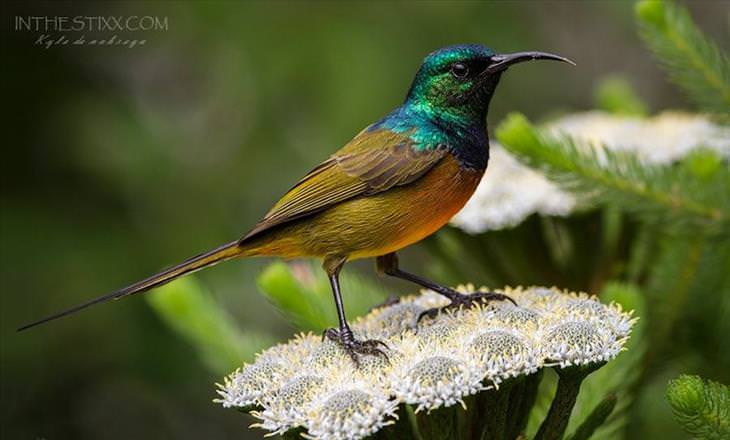 Go to the Fynbos habitat of South West and South Africa and you will find the Orange-breasted Sunbirds, endemic to parks and gardens with flowers. (Photo by: Kyle De Nobrega)
Coppersmith Barbets 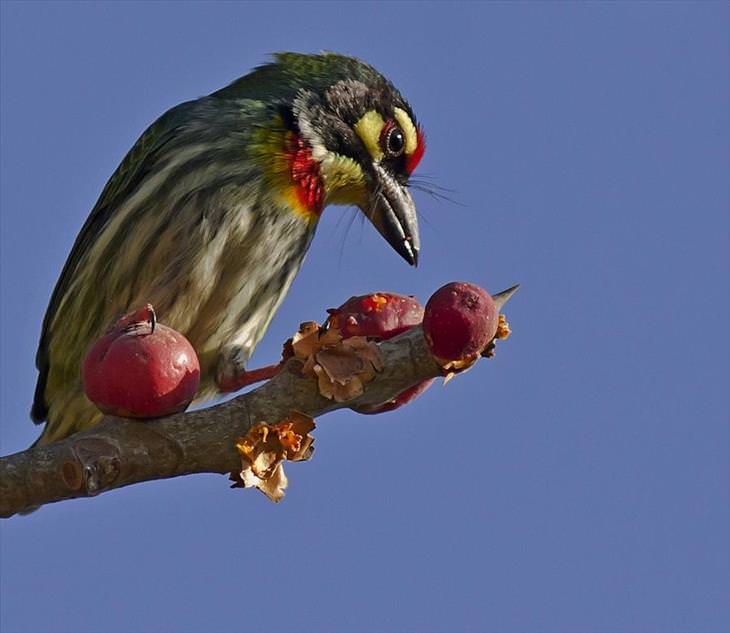 These lively little birds can be found in the Indian Subcontinent and parts of South East Asia. They usually prefer to live in an area with large trees so they can build their nests in natural cavities.  (Photo by: Swethadri D)
European Herring Gulls 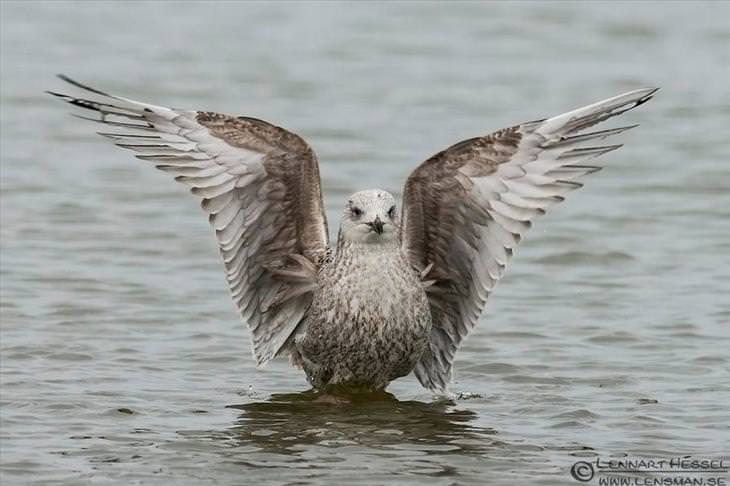 One of the best known of all gull species along the shores of West Europe, and was once abundant. They breed across North, West and East Europe, Scandinavia, and the Baltic states. (Photo by: LennartHessel)
African Grey Parrots 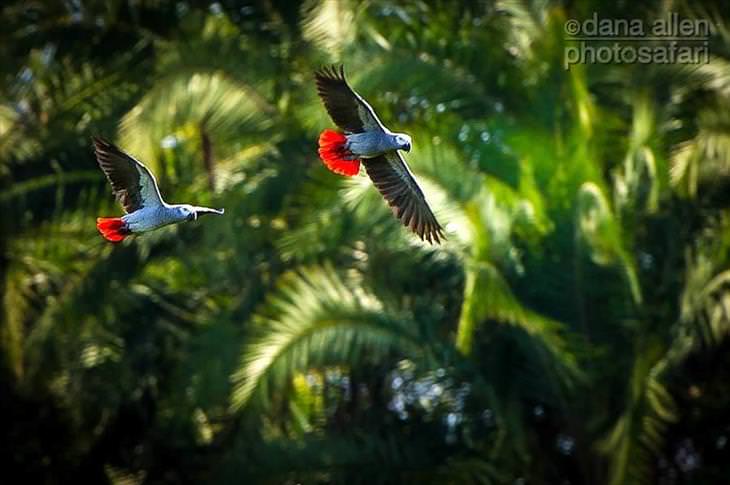 I’m sure you’ve heard of these! They are among the most populous pets on earth with millions upon millions removed from the wild to supply “bird mills” that breed these parrots for the pet trade. However, they are much more fun to look at when flying free in the wild! (Photo by: Dana Allen)
Anna’s hummingbirds 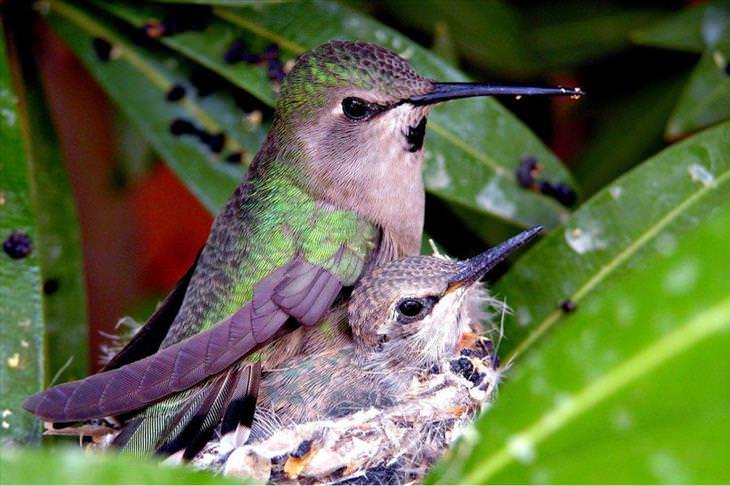 Anna’s hummingbirds are native to the West coast of North America and are named after Anna Masséna, the Duchess of Rivoli. (Lee Daniels)
Bohemian waxwings 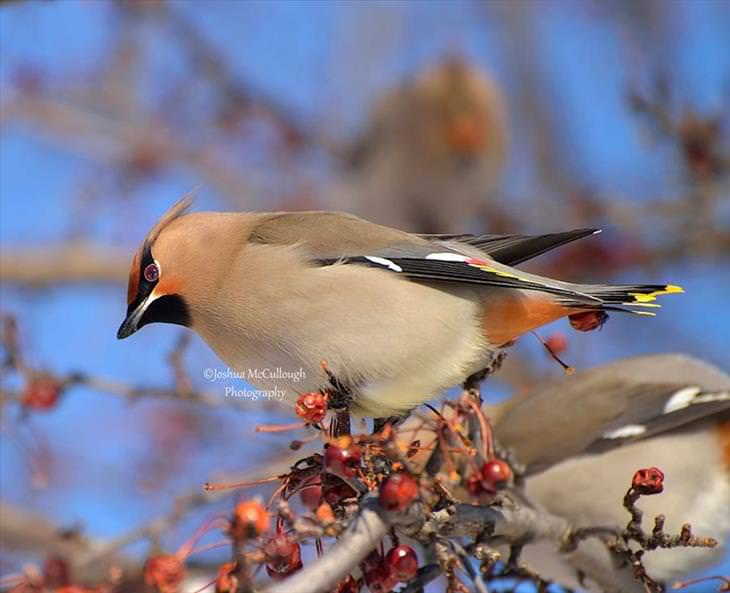 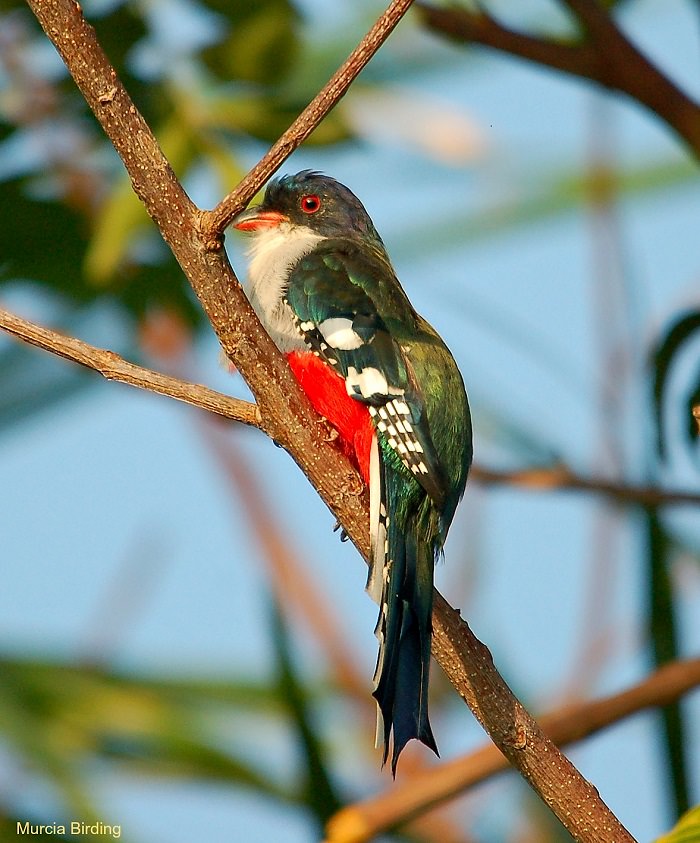 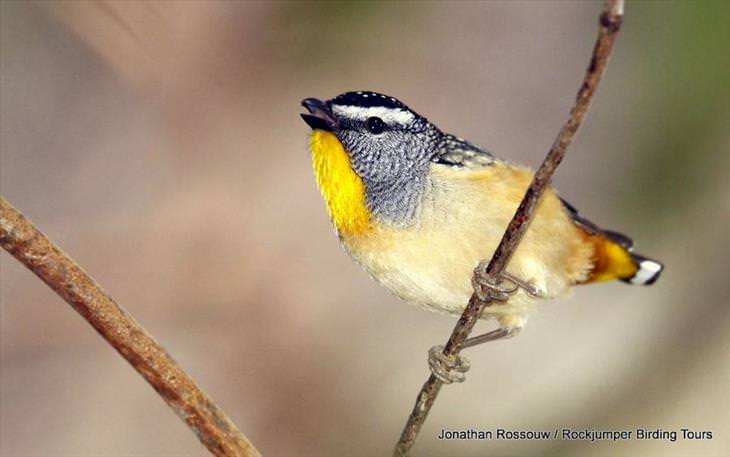 These cuties are one of the smallest of all Australian bird species at 8 to 10 cm in length, and some of the most colorful. The species is sometimes known as the “Diamondbird”. (Photo by Jonathan Rossouw)
Nicobar Pigeons 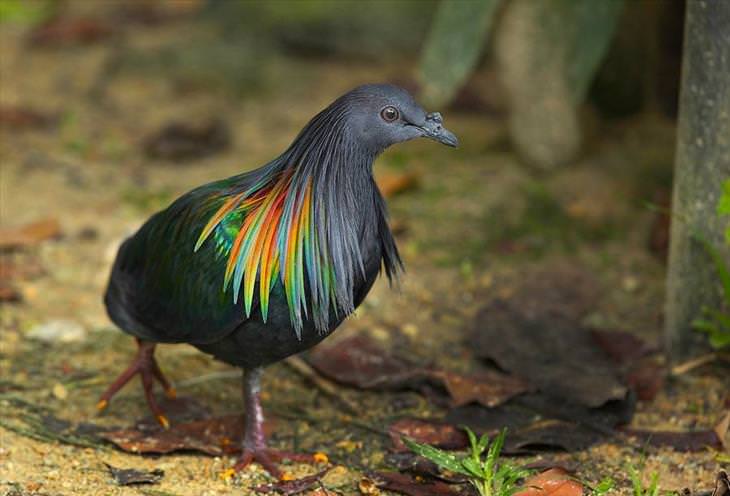 This colorful species of pigeons is found on small islands and coastal regions from the Nicobar Islands and east through the Malay Archipelago, all the way to the Solomons and Palau Islands. (Photo by Gururaj Moorching)
Cape Grassbirds 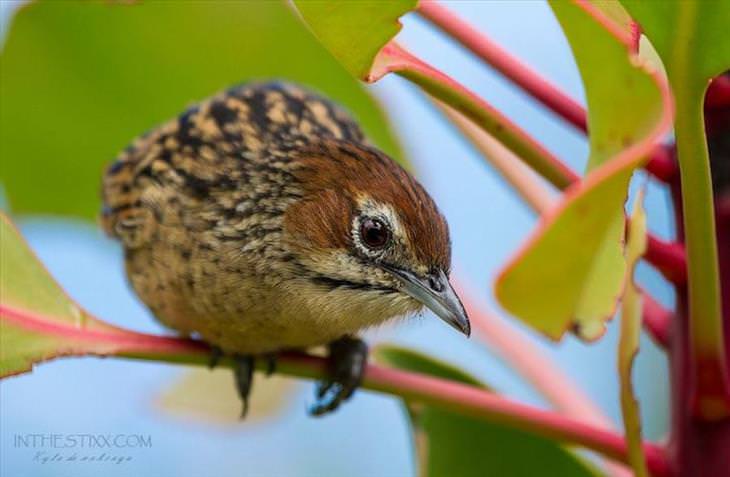 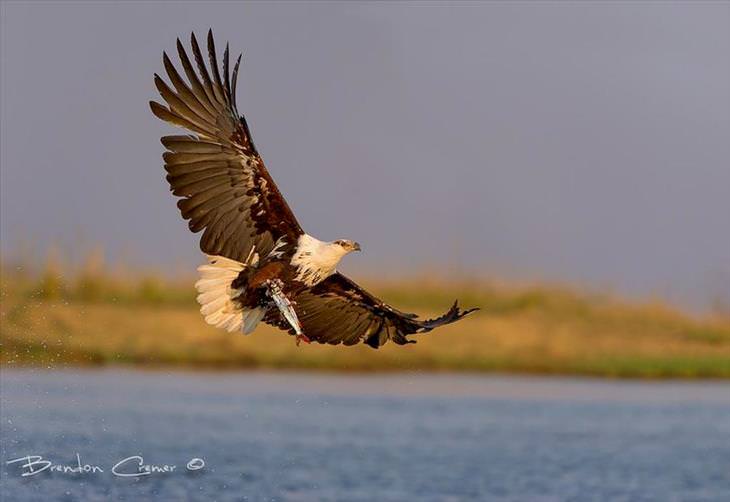 These gorgeous swans are native to Europe and Asia, and sometimes visit the far north of North America in the winter. Photographed here in Gothenburg (Sweden). (Photo by Lennart Hessel)
Asian Openbills 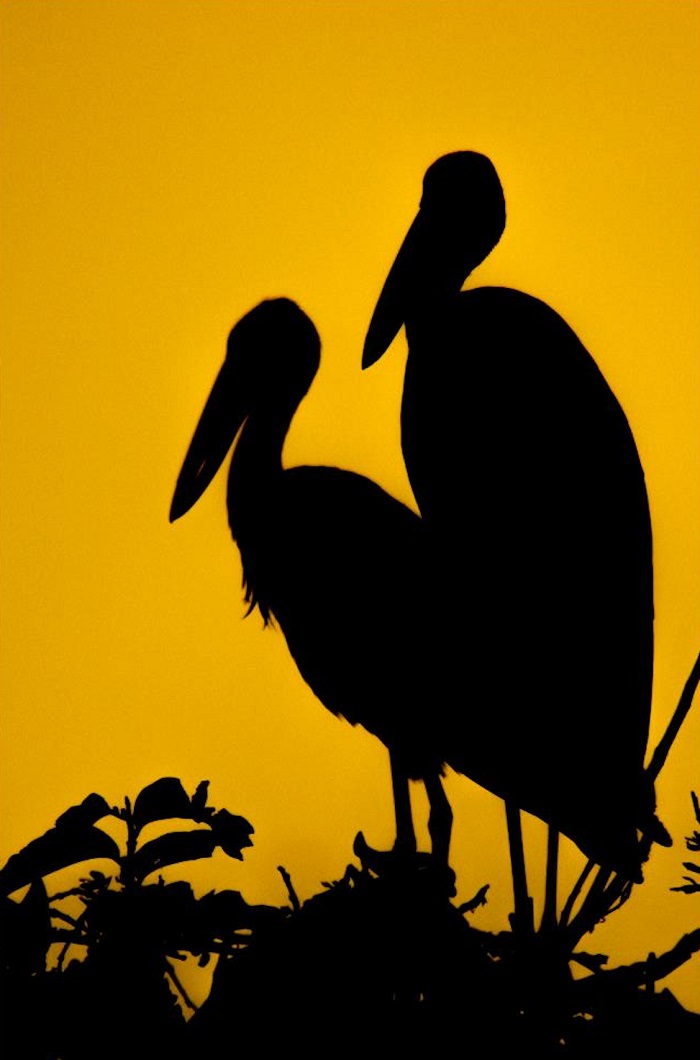 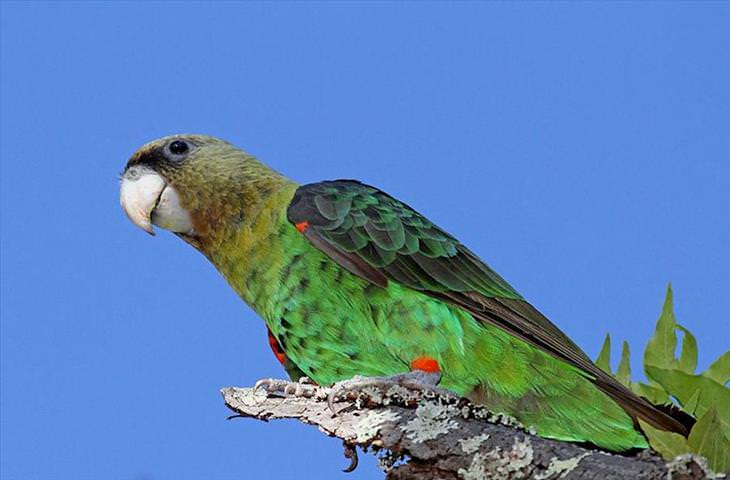 This beautiful bird is Africa’s most endangered parrot species due to the historical logging of most of the large hardwoods in South Africa over the last three and a half centuries. (Photo by Rodnick Clifton Biljon)
Southern Red Bishops 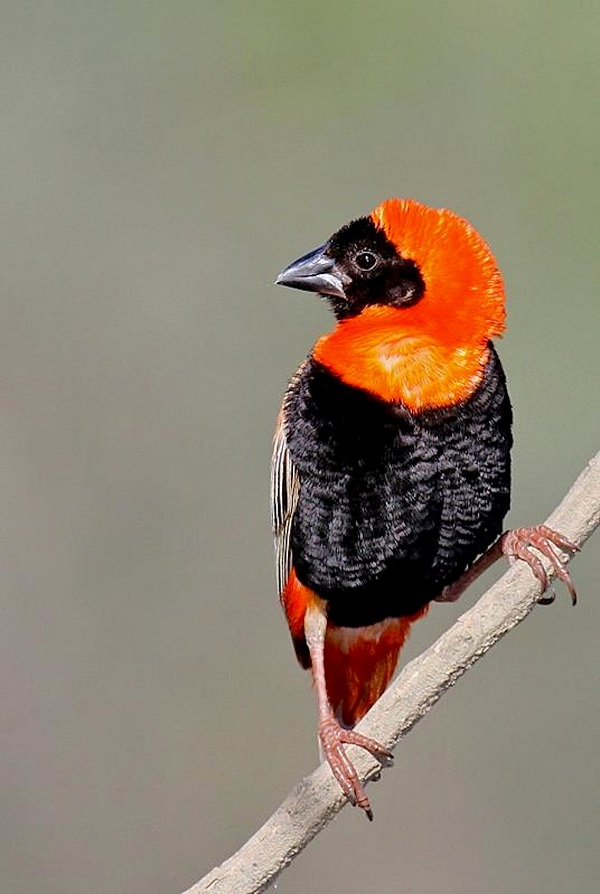 The stunning southern red bishops can be found in the wetlands and grasslands of Africa. (Photo by Rodnick Clifton Biljon)
Atlantic Puffins

Who doesn’t love the puffin? These adorable birds are the provincial birds for the Canadian province of Newfoundland. They breed on the coasts of North Europe, the Faroe Islands, Iceland and East North America. Their winter months are spent at sea far from land. (Photo by Suranjan Mukherjee)